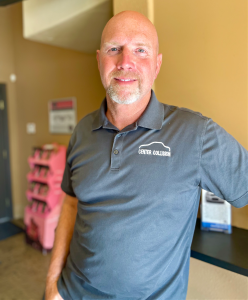 Kevin House, owner of Center Collision of Tacoma, Washington, is away from his business 3 months out of the year. He and his wife Debbie have traveled to Mexico, France, Germany and Spain recently. They’ve seen castles, Roman archaeological remains, sailed down the Rhone River and ridden bikes through Lyon.

This is not how Kevin’s life was 25 years ago when he opened Center Collision.  At that time, he did everything at the shop. Kevin started early each morning and did all bodywork and painting himself with some occasional help. He thought that was the way it was always going to be in order to get ahead in life.  He thought that’s what needed to be done. 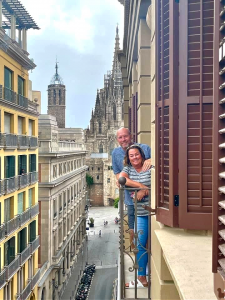 Fast forward to today, Kevin knows that it is possible to have a great business that’s profitable and not necessarily be there every day. He has learned over the years how to be an owner and not an employee of his own business.

He’s got a great team of 10 employees at Center Collision who don’t just work together but also spend time with one another outside of the shop. Since Tacoma is such a beautiful spot for outdoor activities like hiking and fishing, that’s where you’ll probably find them after hours. It’s important to Kevin to create a shop culture where everyone is supportive of each other and genuinely like one another. It’s key for him personally that the group gets along.

Something Kevin is proud of is that Center Collision is a non-DRP shop. They don’t contract with insurance companies and never will. By structuring his business this way, it’s the customer who they service and not an insurance company – Kevin believes that would be a conflict of interest. That stems from some early advice he received not to depend on insurance companies. He creates a marketing plan and follows it to garner new customers.

A few of the most successful marketing actions that Kevin has taken is his ongoing food truck promotion. There are many independent businesses in his area so he invited all to the weekly food truck gathered at Center Collision. A few benefits of this are he got to know his business neighbors better, plus he was able to help out Boss Mama’s Kitchen food truck in Tacoma. A win-win for all involved. 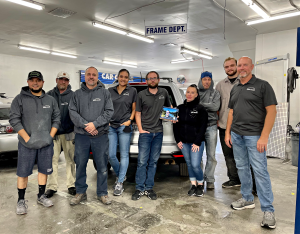 In addition, Kevin is involved with local networking groups, the Chamber of Commerce plus Wheels to Prosper, where he gives away a car to someone in the community who needs one.

“I’m most proud that we are able to generate our own business and create a steady volume of dedicated customers at Center Collision,” says Kevin. 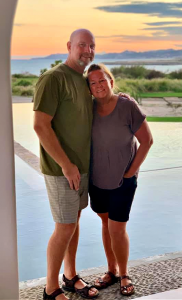 Asked why he opened up his own business, Kevin responds with “I wanted to be in control of my time and income.”

Kevin says his decision to partner with DRIVE has been the best business decision he’s made. “Having a coach guide and instruct me as I have grown my business has allowed me to make more good decisions than bad. Rather than learning from my own bad decisions, which may have led to a business failure, I have avoided many of them by following good sound advice from DRIVE.”. 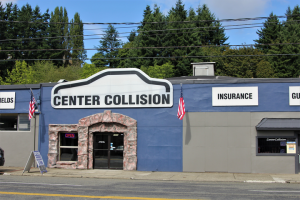 “I make a lot more money and I’m able to come and go as I please. I now have something that is priceless – freedom from the stress and anxiety of owning a shop.” adds Kevin.