DRIVE Is Excited to Announce Copeland’s Garage as Our February Shop Spotlight!

Helping shape the community through reputable service since 1995 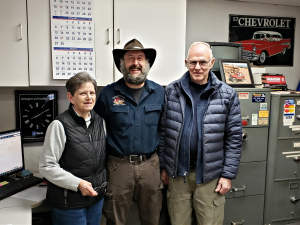 TJ and his mom, Carolyn and dad Rodney at the office 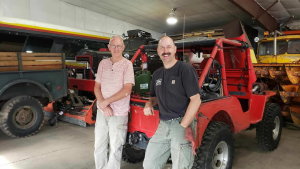 TJ Copeland, DRIVE client and owner of Copeland’s Garage, runs a shop that takes care of its customers the same way they would want to be taken care of. In business since 1995, Copeland’s Garage was founded by TJ’s father Rodney and himself, before he took over. His shop has always been family owned and operated. Even now, TJ’s parents are still involved with the shop. His father, Rodney, still does the shop’s deposits and balances the bank accounts. While his mother, Carolyn, does all the QuickBooks entries. TJ says he’s “very fortunate to be able to have their help and to see and spend time with them on a regular basis.” Since it’s opening, the shop has grown beyond what anyone in the family initially envisioned. 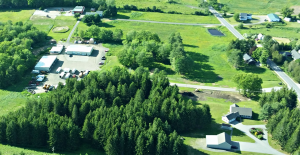 “We own everything on the left-hand side of the paved road (approx 70 acres), upper left is the family farm where my wife Heather and I live (been in the family for about 175 years). Lower right is my parents Rodney and Carolyn’s home, between that and the fire pond above is a rental property I own. The shop complex we built from scratch over time starting in 1995. I took this photo myself while flying.” – TJ Copeland

Copeland’s Garage is located in Warren, Maine, a lovely rural town. With a population of roughly 5,000 citizens, TJ’s shop has a strong and loyal customer base. Located along a river and near the eastern coast allows for Warren to be filled with scenic views at every turn. Which is perfect for TJ’s off-road Jeep driving and airplane flying hobbies. Together with his dad, TJ custom built a 1946 Willys CJ2A. They were even able to bring it out to Moab, Utah and take it for a spin on the notorious off-roading trails!

With a dedicated team of nine, TJ is most proud of the good standing reputation he and his team have all built together. One of his favorite things to do is talk with other shop owners. Together they discuss how they each handle different scenarios, helping one another with the good and through the not-so-good. 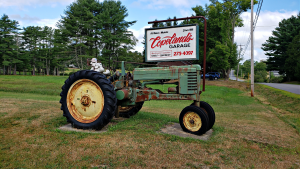 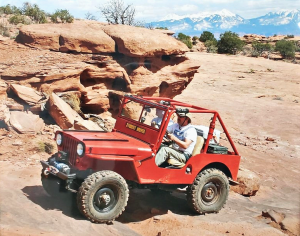 TJ Copeland and dad at Moab

His number one piece of advice to other owners? To set aside the same percentage of every single deposit for a separate reserve account specifically for equipment and future emergencies. Knowing there is a set amount of funds tucked away for an emergency allows for a sense of security. And, you never know when that money will come in handy!

While TJ is full of sensible advice, he also knows when it’s a good time to take a chance. He shares a story with us about a time he decided to hire an inmate from Warren’s local minimum-security state prison. Around three years ago the inmate called him directly. The inmate originally reached out to a friend of his, another local shop owner, who had recommended they reach out to TJ instead. His only references were from his home state of Tennessee and a shop in Maine about 100 miles away. Thankfully, he knew those shop owners directly and they sang their praises about the inmate’s character and abilities. TJ says he “hired him with no regrets, and he was an excellent asset to our business for over a year and a half before he was able to return to Tennessee.” 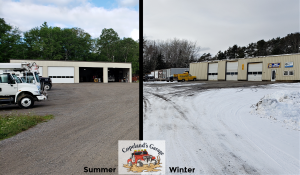 Since then, TJ has hired another inmate from the same facility that was recommended by the guard personnel running the prison repair shop. The latter is no longer incarcerated and is now pursuing a career with Copeland’s Garage. TJ sings his praises saying, “he is also a great asset and is focused on doing the correct things in life moving forward, he fits in with us and it shows.” 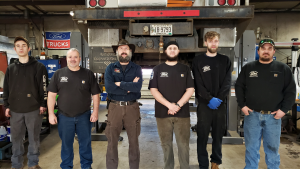 As the shop continues to grow, TJ shares how his shop has changed since he started working with DRIVE. Before becoming a DRIVE client, TJ was handling everything in the front and back of shop, while also being responsible for executive duties. Now? He rarely has to man the front desk, instead he only assists with special situations. “The stress level is much lower than before,” TJ says. “Little changes make huge differences.” He even feels comfortable enough to leave his business to run by itself for days at a time! He expands on how useful DRIVE has been for him: “The money we have put into DRIVE has multiplied itself many times in both monetary and knowledge value.” 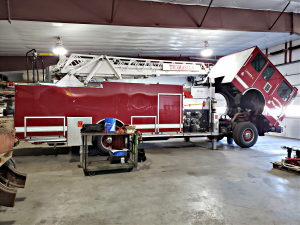 TJ left our interview on a heartfelt note stating: “Everything we have in our business has been built from the ground up as a collective effort of my family, which include, all of our current and past employees and many close friends. I have had a major part in all of it but not without the support of everyone else. Our business is for all of our futures and is a joint effort to benefit us all.”

Thank you and congratulations to TJ and everyone at Copeland’s Garage on the continuing success of your business!