PINEAIRE TRUCK SERVICE is recognized as the DRIVE Shop Spotlight for February 2020. Owner Dave Bloom has been in business for over 30 years and is most proud of the team he has built.

“When I look at our staff and the way they carry themselves and push themselves to be the best it makes me so proud to be part of this group!” – Dave Bloom 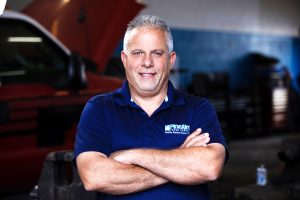 At the age of 25, Dave found himself put in charge of a large car repair business. But the owner continually questioned his decisions and he was supposed to share the profits and wasn’t – bottom line he just wasn’t honest. But Dave did learn from this – he learned the right way to treat good employees. Without this experience of working for the kind of boss he didn’t want to be, Dave may have never opened up his own shop.

Always mechanically inclined, but not knowing anything about truck repair specifically, Dave had the opportunity to open his own business – a truck repair business. Having the confidence that he could figure it out, Dave dove in and had many missteps at the beginning. PINEAIRE started out as a small truck shop located down a dirt road with only well water…and the well usually didn’t work. It was a rough beginning.

Just like many shop owners, Dave thought he could fix trucks and be a business owner at the same time. He was often found working under one truck while talking to a customer on the phone about another truck and being pulled out by his ankles to deal with money he owed someone – from vendors to taxes to the landlord.

He was working 70+ hours per week. Something had to change. There was no going back. Dave needed to figure it out and fix the business. He started to implement his own policies and procedures. It took him a long time to figure out what needed to be done, but he gradually began to make a bit of money and started to develop a team he was proud of. But he wasn’t able to get past the hurdle of how to run a shop and be a business owner – act as the CEO of PINEAIRE. Dave was continually waiting for his accountant to tell him how things were going. He knew that he should know that but didn’t know how to get there.

Dave’s wife Cindy was the rock throughout this time. Married for 32 years now, Cindy was working full time to support the family. They both knew help was needed. Dave knew he needed to become a legitimate business owner – with the goal of having time for his family. DRIVE contacted PINEAIRE and he became a client.

“Your journey with DRIVE starts out being about you and your need to fix your shop but it turns into so much more. The value is equally balanced between the consulting and the networking with owners that you meet while attending workshops and attending the EXPO. When you experience something that works you can’t wait to share it with the other shops. When someone is down, you are there for them and when you are down there are always other owners willing to pick you up!” – Dave Bloom 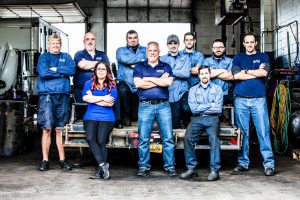 With DRIVE’s coaching, Dave began to understand the different areas of his company. He began to learn where his time should be spent, how to delegate and to who, what each team member’s function is and how to focus each of them for success. He found that running a profitable and organized shop makes for a stronger and more balanced company. PINEAIRE is now effectively measuring production which makes people feel valued and proud of the work they do. Dave also understands the importance of company culture and continually works to build a place that people enjoy coming to, whether to get their trucks repaired or being a part of the PINEAIRE team. He now has a crew of 10 and is bringing in over $2MM annually.

Furthering the growth and recognition of PINEAIRE, it has also become a MERITOR SERVICE POINT shop.

“It is quite an honor to be trusted by MERITOR – such a leader in our industry to perform service work on their products. They have quite a bit invested in their brand and they were very careful in recognizing us as a company they can count on to uphold their standards and reputation.” – Dave Bloom

There is not a day that goes by that Dave isn’t pushing himself and the PINEAIRE team to do better and to learn the latest technology.

“Learn to be a business owner first and never stop learning… if you are not learning something new every day you must have your head up your butt! – Dave Bloom 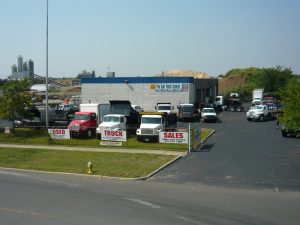 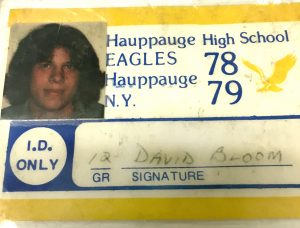 As a native New Yorker, Dave is proud of the community he grew up in….and still resides. As a graduate of Hauppauge High School, he’s aware that some may have the wrong impression of what being a New Yorker truly means. It means going above and beyond to help someone – PINEAIRE TRUCK SERVICE has that same goal for both its great team and their customers.