“Our employees have the same care factor as we the owners have,” Mark Bagg, owner New Canaan Foreign Car Service 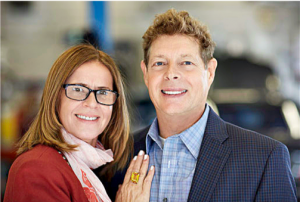 Mark and Lucia Bagg, owners of New Canaan Foreign Car Service feel grateful for their present team after 29 years in business. Their business is a great place to work and a great place to get your car serviced. “We love to help people,” says Mark.

That philosophy proved invaluable over the past year. Located in charming and historic New Canaan, Connecticut, just outside of New York City, it was one of the hardest hit areas of the country during the height of the pandemic. A simple phone call to customers and asking how they were doing and if they could help in anyway, proved to both employees and customers to be a lifeline of kindness during a time of upheaval. From just saying hello to offering to pick up groceries or a prescription was just the thing people in their community needed to hear. And while a phone call is a simple gesture, doing that hundreds of time a week required organization.

When they originally took over the business almost 30 years ago, the shop was not organized at all. Mark and Lucia’s

goal was to “just get through the day,” says Lucia. And now, their goals have grown long term to help other shop owners and to hire a General Manager.

The first nine years of owning New Canaan Foreign Car Service, the Baggs were working 12 hours a day Monday through Friday – plus weekends. Mark has vivid memories on Thanksgiving of putting the turkey in the oven, going to the shop and working and then eventually getting home exhausted. There was a time they were also taking care of Mark’s grandfather four hours away while still running the shop. They were doing everything and getting pulled in 100 different directions. And the thought of taking time off for a vacation was out of the question. 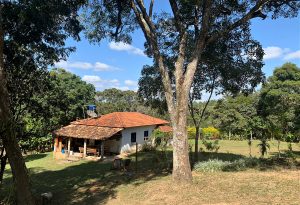 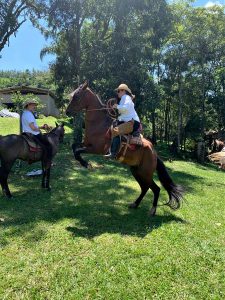 Mark and Lucia in Brazil

Mark and Lucia knew they had to do something if they wanted their dream to materialize of owning a successful business that afforded them the opportunity to take time off and make the money they wanted. They decided to partner up with DRIVE. It’s turned out to have been the right decision. Having a coach has pushed the business to be fully operational today. It was hard work but they are at the stage now that Lucia takes 4 months off each year to be with family in Brazil with Mark joining her for 2 of those 4 months.

Possibly the biggest impact on having DRIVE in their corner has been the ability to have more family time and to care for older family members. “We would never been able to that before DRIVE”, says Mark. 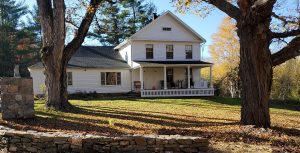 The Baggs have many interests outside of the shop. An important one (or two) are their farms. They have a farm in New England and another in Brazil. Cultivating their own food on these two farms is very important to them in addition to tuna fishing (both commercially and recreationally), skiing and riding horses. 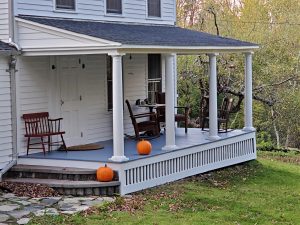 New Canaan Foreign Car Service has become so operational that Mark is now helping out other shop owners. He wants to help his fellow business owners with information gleaned from his journey on becoming a successful shop owner. Mark knows first hand that talking with other shop owners, listening about there successes and issues, helps everyone.

The overriding element of what makes the Bagg’s shop successful is the employees. The team they have in place care about each customer as if they were the owners. That attitude shines through with the many long-term repeat customers they have. “We like being able to give our employees a good place to work and pay them well”, adds Mark. 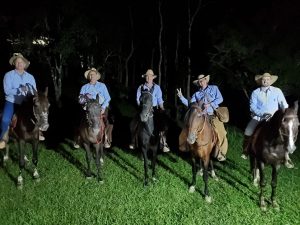 While the past year has been unprecedented for the country, Lucia says that “our team is stronger now because of it.” The growth the business has had since taking over the shop is proof of a well run business with great employees. What was originally a $500,000 shop now takes in $1,200,000+ annually. 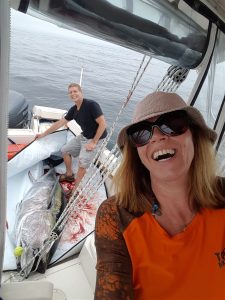 If you ask Mark what he’s most proud of about the business he says working with his wife, Lucia. They have worked shoulder-to-shoulder on the business for almost 30 years….”and they haven’t gotten a divorce!”

“We are grateful to all that helped us in the past and those that continue to help us now: family members, employees, customers and most especially DRIVE”, says Mark. “DRIVE gave us the blueprint to organize and succeed”, adds Mark. 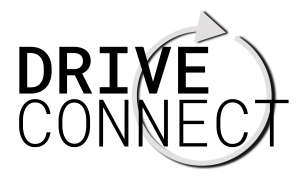