You work 24 hours a day, 7 days a week, 365 days a year. When someone has an accident, you are first to arrive on scene and are always ready to help. You always come to the rescue. Not firefighters or police officers, but you, tow truck drivers, the often-forgotten branch of emergency services.

Tow truck drivers are truly the unsung heroes of the night. 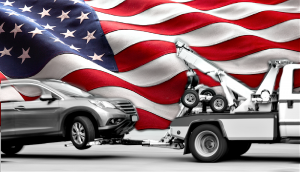 Even though tow truck drivers are necessary, they aren’t living a lavish lifestyle. They are often making far more sacrifices for their career than we’re able to see. While the majority of people are resting peacefully in bed, tow truck drivers are on the job. These are their prime working hours. There are no “off” hours, this job is a 24/7 commitment.

Drivers often state that they never know when their next shower, meal, or sleep cycle will be. When the weather is bad, they could be pulling a 10-to-12-hour shift. Shane Coleman, a second-generation towing professional and now Lead Trainer for ERSCA (Emergency Road Service Coalition of America), says that “shifts can range from 10-12 hours as a standard with the chances of working past the end time or being ‘on-call’, which is being called back in to work. A work week can be anywhere from 40 to 80 to 100 hours for an operator. The extreme numbers are usually when there is a major traffic issue due to weather or short staffing.” 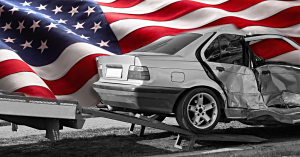 Shane details some of the difficulties he faced as a tow truck driver and with 25 years of driving experience he has more than a few. He says, “From the operator side, the lifestyle is the most challenging part.” Some days he was called in early to handle and accident, others he would work well past the end of a shift. When jobs come up, they must be done; otherwise, roads are blocked, people are stranded, or products don’t get delivered. Since his schedule was so demanding, “family time was nonexistent.” Shane would work up to and beyond 7 days in a row. He would be lucky if he could get an occasional hour before bedtime with his kids and sharing a family dinner was pushing it. As for a personal life? There was seldom time or energy, and if he could make an appearance, it was “usually powered by caffeine to push through.”

Many towing jobs go to the first driver on the scene. So, drivers usually have to sit and wait for a new accident to be reported over police scanners. Then, the race is on. Tow truck drivers have to be the first on the scene to get the best job available and can often enter into dangerous situations; including car accidents, fires, cars stuck in trees, cars stuck in buildings, and they can even witness deaths on the job. Sometimes, they have to provide emergency medical services until the real deal arrives!

Though these tow truck drivers are just as important as other first responders, they’re not always treated as such. They can be screamed at or even berated for simply doing one aspect of their job. When customers are put into high stress situations there’s no telling how they will react. One driver recalls how when his tow truck would roll into a truck stop, long haul drivers quickly cleared the scene, afraid their vehicle might be getting repossessed.

There’s no time to rest after a stressful job, either. Tow truck drivers are often paid by commission instead of hourly. Once they’re finished at one scene it’s on to the next to keep their profits up. During busy times like natural disasters or piles ups, it’s easy to find drivers pushing themselves to their limits to earn as much as they can. As with this job, you never know what tomorrow’s shift will look like.

They even have to be on-site mechanics. If the cars in question require minor repairs to be able to run, it is often the tow truck driver’s job to help the car owner complete it. This ranges from jumping a car with a dead battery, to changing flat tires, and even providing lockout services. On top of this, drivers are expected to maintain their own trucks and other equipment. For example, drivers must maintain a clean truck to appear professional, check the vehicle’s battery charge, tire tread thickness and air pressure, and the truck’s fluid levels. If needed, they are expected to fix these issues themselves. 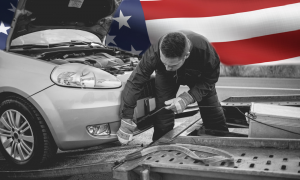 Their schedules aren’t the only unreliable parts of their job. Tow truck driving is one of the most dangerous jobs in America. In this industry, there are 42.9 fatal injuries per 100,000 workers which is much higher compared to firefighters at 8.9 and police officers at 12.9 each year. There are far too many stories of tow truck drivers being injured – or worse – while helping a car on the side of a highway. They feel a “tap on the shoulder”, better known as the wind of a vehicle speeding by narrowly missing their bodies, far too often. Drivers always have to have one eye focused on oncoming traffic or else they could be missing a lot more than meal time.

Shane says, “Tow trucks have to carry weight differently than any other vehicle on the road, so the operators constantly make adjustments to control the tow truck.” Even when a professional is behind the wheel, “the other drivers on the road can be unaware or just blatantly ignore the needs of the space and speed for the tow truck. This causes for vigilance on the tow operator, which drives up stress and the potential for accidents.” A towing operator is killed by a road-side strike once every 6 days. “Our industry desperately needs the motoring public to slow down, move over if at all possible, and pay perfect attention to the roadway.”

Every state in America has what are colloquially known as “Slow Down, Move Over” laws, which typically require a motorist to change lanes or slow their speed when approaching any authorized emergency vehicles that are parked or pulled over. Although these general requirements are specific, the actual logistics of these moves differ drastically from state to state. Specifically, they vary in when drivers have to take action and what actions they are obligated to make. To help make the roads safer for truck drivers, state legislation should move to clearly define what an emergency scene is, when it is the driver’s responsibility to change lanes, and when drivers should slow down. Once the language of these laws is clearly defined, states should focus on educating drivers. According to the National Highway Traffic Safety Administration (NHTSA), fewer than 30% of Americans know about these laws.

Various organizations recommend teaching people these 5 easy to remember and life-saving tips! One: Always remain alert. Avoid distractions such as your phone or items in your backseat and focus on driving. Two: Scan the road ahead: By being on the lookout for stopped emergency vehicles, it allows you time to figure out the proper maneuver. Three: Don’t tailgate. Don’t follow semi-trucks too closely, if they change lanes it’s most likely for a reason. Four: Recognize and respond. Use your best judgment to determine if you can safely change lanes, if not slow down to 20 miles under the posted speed limit while passing stopped emergency vehicles. Five: Be courteous of other motorists. Allow other vehicles to merge into your lane when necessary.

Quinn Piening, the president of ERSCA, shares how they “have established working relationships with at least 10 other state towing associations already.” This organization has been approved by TDLR in the State of Texas and the California Highway Patrol in California. ERSCA is also “training nationally in Light-Duty, Heavy-Duty, Quick Clearance and Train the Trainer programs. Our programs have trained over 1000 operators in the last 12 months.” On top of that, they have now hired a federal lobbyist and are in the process of creating a federal legislative committee.

The biggest change Shane Coleman wants to see in the towing industry, though? Access to professional mental health support for tow truck drivers. These drivers “see the same tragic things that Police, Fire and EMS see, yet they have nothing in place for a dedicated resource to support them.” He believes efforts to advocate for not only the physical and mental health of professional towing operators would be well spent. In his words, “It is a terrific job and service, but these drivers are often left out when it comes to support and the towing businesses don’t have the resources to affect this gap themselves.”

“I believe it’s the helping people side of the work that makes it rewarding. It’s knowing the work I performed has a significant impact.” – Shane Coleman. Well said Shane. We salute America’s tow drivers!